2:23am, 12/17/10. I am watching the repeat of “Countdown” on MSNBC after watching “The Last Word.”  For days I have listened to smart men in the media discuss the dysfunction in Congress, especially, The US Senate. It is so sad. Archaic, historical and unfair rules in the Senate allow REPUBLICANS to delay and prevent that body from doing its work. Yes, the Omnibus Bill should not have passed chock full of earmarks. REPUBLICANS VOTED TO BAN EARMARKS…WHICH USED TO BE CALLED BY IT’S MORE DESCRIPTIVE NAME: PORK!

Yes, days after making a statement on the awful practice (in many cases), the bill to fund the government got loaded up with heretofore banned earmarks. What is going on?  Is there no honor in this House?  Things got so bad with trying to pass this bill that Senator Reid had to pull the Omnibus Bill from the floor.  Now he has to work with Senator McConnell on a “continuing resolution” which is a band-aid to keep the government from running out of money and coming to a standstill. No one there appreciates the benefits of efficiency when it comes to doing the nation’s business. Speaking of delays, Senator Reid just chided REPUBLICANS with his rant, “Filibuster! Filibuster! Filibuster!” For two years REPUBLICANS have confounded the working of the Obama government with the expressed intention of ‘bringing Obama to his Waterloo.” [SC Senator Jim DeMint, why is SC always in the news for obstruction, poor education, confederate flags, etc.? From where is SC’s power in REPUBLICAN circles derived?  Is South Carolina so repressed that it cannot lead the nation in a good way?] 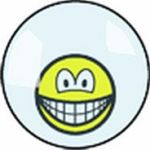 It came to me: politicians in DC live in a bubble.  They don’t watch television everyday to see how we, the american people, are faring.  We are hungry. We have no jobs. We are being ripped off by unscrupulous business practices. We are being evicted and foreclosed on. We see the rich and privileged thrive! Living in their DC bubble, they cannot hear America crying.  They just want to run home to their warm and secure nests to celebrate a holiday which has lost some of its meaning.
People, at the late date there is little the people can do to affect what is happening in the US Senate.  But, there is something we can do to make our broken government work again.  The situation in the dysfunctional US Senate can be changed on January 5 (only) with a vote to change the rules. Our good fortune is that this can happen with a simple majority vote.  Yes, if you get involved and press your US Senator, we can change the misuse of the filibuster and the ability to secretly stop bills from consideration. No, the filibuster should not be abolished. It should changed to only cut off debate and let bills come up for a vote. And, it is cowardly for a senator to hide from us when he stops the normal working of the Senate through the use of the “secret hold,” if I have the correct term.  In the next Congress Senator Reid will still control the flow of business in the Senate in consultation with Senator McConnell, REPUBLICAN. We should bring pressure to bear on them as well as the senators from our individual states.
CONTACT SEN. REID: Phone: (202) 224-3542  Email:  http://reid.senate.gov/contact/index.cfm CONTACT SEN. McCONNELL: Phone: (202) 224-2541  Email:  http://www.mcconnell.senate.gov/public/index.cfm?p=ContactForm See it is easy to be a patriot and fight for better government.  You can find your state US Senator at: http://www.senate.gov/general/contact_information/senators_cfm.cfm Use these easy tools.  It only takes a few minutes of your day to change our future as the continued leader of THE FREE WORLD. Please consider this quotation:
You’re alive. Do something. The directive in life, the
moral imperative was so uncomplicated. It could be expressed in single words,
not complete sentences. It sounded like this: Look. Listen. Choose. Act.