“You are the most vile, unprofessional, and despicable member of the US House of Representatives… you are not a Lady.”
– Republican Congressman Allen West in an e-mail to
Democratic Congresswoman Debbie Wasserman Schultz

Last night, Republican Rep. Allen West sent a disgraceful e-mail outburst to one of our most accomplished colleagues in the House, Congresswoman Debbie Wasserman Schultz, telling her to “shut the heck up” for daring to challenge the GOP plan to gut Medicare and Social Security to pay for tax cuts for billionaires.

I wish I could say I was surprised.

Unfortunately, this is exactly the sort of partisan tantrum we’re used to from House Republicans as they push our economy to the brink of disaster while pandering to their Tea Party base. [SOURCE DCCC]

“Chivalry refers to the medieval institution of knightly virtues, of honour, and of courtly love. A noble man followed an unwritten code of chivalry toward noble ladies above all, the knight was to be gracious and gentle. The idealized relationship between knight and lady was that of honourable and virtuous courtly love.”

President Obama would agree to a short-term extension of the federal debt ceiling if there is agreement on a significant deficit reduction plan by Democrats and Republicans that needs more time to be passed by Congress, White House Press Secretary Jay Carney said Wednesday.

Obama has steadfastly opposed a short-term deal, going as far as to threaten to veto any legislation that contained such provisions. But Obama declared a long-term deficit-reduction plan unveiled Tuesday by the bipartisan “Gang of Six” senators consistent with his approach to solving the problem. Senate Democratic leaders say that further negotiations on that plan are needed to work out the deal and it would not get through Congress before the country reaches its debt ceiling on August 2.

The “Gang of Six” is back at work.  “Here’s a PDF of the terrible, no good, very bad Gang of Six outline. “

USE THE 14TH AMENDMENT – National Memo: “Former President Bill Clinton says that he would invoke the so-called constitutional option to raise the nation’s debt ceiling “without hesitation, and force the courts to stop me” in order to prevent a default, should Congress and the President fail to achieve agreement before the August 2 deadline.” [National Memo] 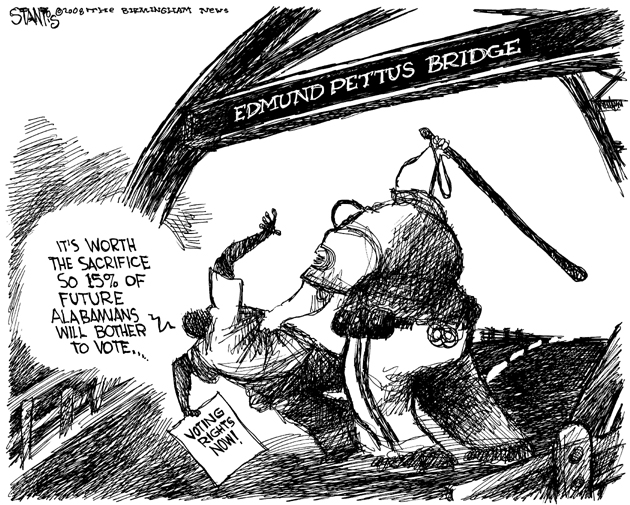 Are you like me? Anxiously waiting for November 6, 2012? Yes, that is Election Day! The 112th Congress has been a sorry disappointment.  Why are we paying legislators who can’t get together and make laws? Jim DeMint (R-SC), what we need a Constitutional amendment that regulates how many hours per week senators and representatives must clock in.  There should be some scheme to punish those who cannot keep up. Perhaps we should have some program which assures that those we elect are truly responding to our wishes and giving us a voice and influence greater than Washington lobbyists and large campaign donors.  This would finally end gridlock in Congress and we’d see them churning out laws like creamy butter.  Any ordinary business that operated like Congress would fail miserably!

To say that the next election will be interesting is an understatement.  Wikipedia has painted a lovely picture of US Senate and US House players in the election. Lot’s of detail. Check it out!