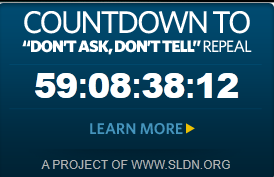 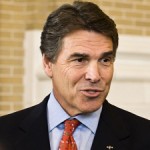 Rick Perry wants to be pres­i­dent of the United States, and in order for that to hap­pen, he must not only gain the votes of inde­pen­dents, but also the votes of the Reli­gious con­ser­v­a­tive base. That’s why last Sat­ur­day Perry led a “Prayer Ses­sion”, pan­der­ing to this sect. Turns out though, that there was morepan­der­ing needed to win over the this group, so admit­ting that he made a major mis­take in Texas, was as good a place as any to start.

The mis­take Perry is now regret­ting, was a man­date he set up in 2007, requir­ing all sixth grade girls in Texas to get the HPV vac­cine. HPV —  Human Papil­lo­mavirus — is the cause of, among other things, cer­vi­cal can­cer. Although this deci­sion to have girls be vac­ci­nated seemed like a good idea, con­ser­v­a­tives have been get­ting down on Perry for mak­ing this deci­sion. They claim this man­date is “too much gov­ern­ment involve­ment.” At the time of his deci­sion, Perry explained it this way;

“I under­stand some of the con­cern some of my good friends have about requir­ing this vac­cine, which is why par­ents can opt out if they so choose. But I refuse to look a young woman in the eye 10 years from now who suf­fers from this form of can­cer and tell her we could have stopped it, but we didn’t.”

“Oth­ers may focus on the cause of this can­cer, but I am going to stay focused on the cure. And if I err, I’m going to err on the side of pro­tect­ing life.”

That was his deci­sion in 2007. The issue even fol­lowed him up to the 2010 Texas elec­tion, when his Repub­li­can pri­mary rival Sen. Kay Bai­ley Hutchi­son, said this in an interview;

Now, real­iz­ing he’s on the national stage, Perry feels the need to flip-flop and explained his deci­sion as “a mis­take.” This is his new posi­tion, as he explained Sat­ur­day in New Hampshire;

“The fact of the mat­ter is, I didn’t do my research well enough to under­stand that we needed to have a sub­stan­tial con­ver­sa­tion with our citizenry.”

It should also be noted that the drug Perry was man­dat­ing for the HPV vac­cine, was made by Merck. Perry’s for­mer chief of staff was a top lob­by­ist in Texas for Merck.

Call him a flip-flopper, call him a pan­derer. Just don’t call him a man of conviction.