Yes. Mr. President, why not a national task force to FIX ALL OF OUR CRUMBLING INFRASTRUCTURE? You know that daily we cheat death on our hundreds of bridges that are in need of repair.  Must people die before our government saves potential lives. 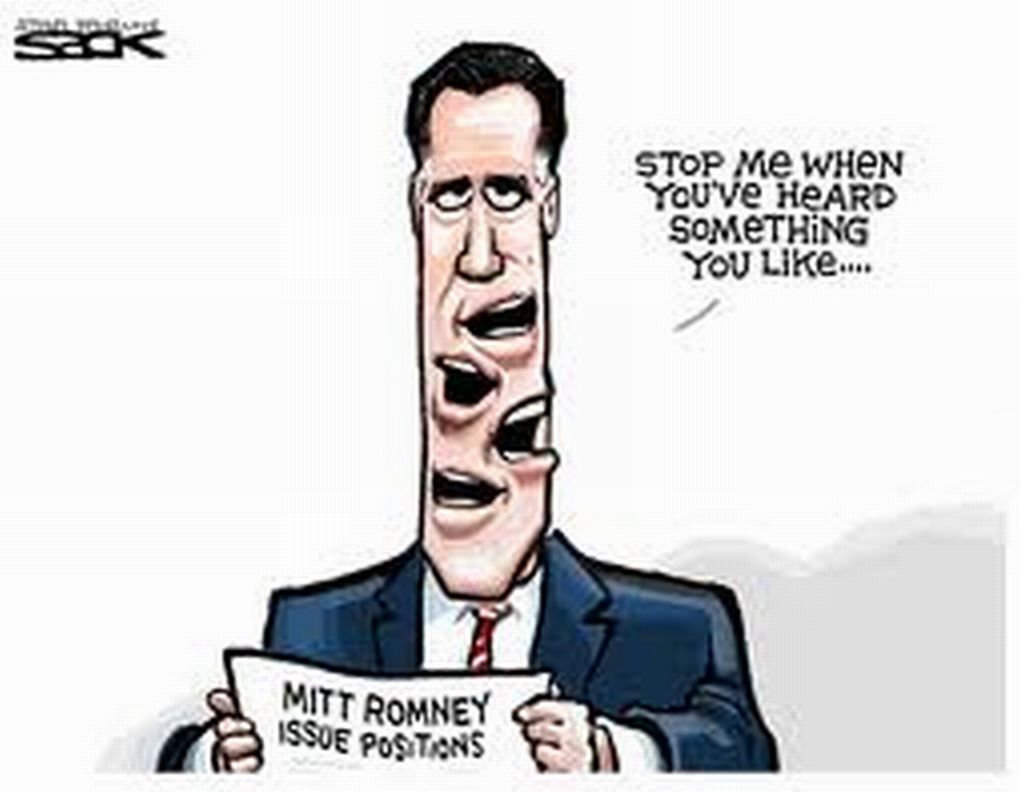 ASK YOURSELF, AFTER WINNING THE MID-TERMS IN 2010,

HAVE THEY ACCOMPLISHED GOOD FOR AMERICA?

REMEMBER SOMEONE NOT VETTING GOV. PALIN?

REMEMBER THE POWER STRUGGLE IN THE HOUSE?

RE-ELECT ALL POSITIVE ALL THE TIME, OBAMA!

House Republicans said Monday that they would offer a measure to extend the current payroll tax cut for the rest of the year, dropping a previous demand that the tax break be offset.

In a statement, House GOP leaders blamed Democrats for stonewalling a package that would have paid for continuing the tax break, as well as emergency unemployment insurance and the reimbursement rate for doctors treating Medicare patients.

A conference committee of 20 lawmakers created to craft a year-long extension in those areas has been scuffling to make progress, with roughly two weeks left before the three items expire.

Speaker John Boehner (R-Ohio), House Majority Leader Eric Cantor (R-Va.) and House Majority Whip Kevin McCarthy (R-Calif.) also said Monday that the payroll tax measure could get a vote this week, depending on how the Republican rank-and-file reacts to the idea. 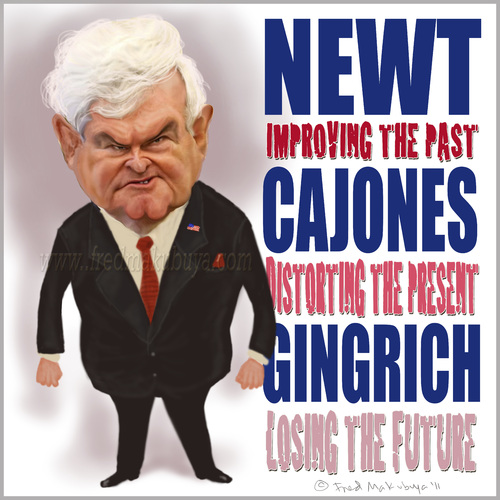 IN THE OVAL OFFICE? RU KIDDING?

Announcing the Budget, Answering Your Questions

Today, President Obama will unveil his 2013 budget at Northern Virginia Community College in Annandale. You can watch the remarks on WhiteHouse.gov/Live at 11:00 a.m. EST.

Later in the day, Deputy Director of the Office of Management and Budget Heather Higginbottom will answer your questions about the President’s budget during a session of the White House Office Hours on Twitter.

Watch the President’s remarks and ask your questions about the budget.

Photo of the Day

President Barack Obama and Vice President Joe Biden talk with former Representative Gabrielle Giffords and her husband, Mark Kelly, after the President signed H.R. 3801, the Ultralight Aircraft Smuggling Prevention Act of 2012, in the Oval Office, Feb. 10, 2012. This bill is the last piece of legislation that Giffords sponsored and voted on in the U.S. House of Representatives. (Official White House Photo by Pete Souza)

Every time we get our paycheck or unemployment check or welfare check…or pension or Social Security, we have to sit down at the kitchen table and see how we can stretch it until the next payday.  This is the lot of the middle-class in America after decades of prosperity following World War II.  What happened to the middle-class, you ask? The “job creators” decided that the American worker was too expensive to hire and keep on their rolls, when the law did allow businesses to move middle-class jobs to parts of the world where workers have no rights and will work for subsistence wages and live in barracks to be at the ready to keep the machines of industry running 24/7.

For decades our job market grew smaller and people had to take two or three jobs to survive.  The era of the “stay-at-home-mother was over. And, then, along came a Democrat who said, ‘I will work to restore the middle-class.’ His name was Barack Obama and he was running for President of the United States.  This attractive, articulate, sincere Harvard graduate won our hearts and devotion.  Listen yo how he talked to us on October 8, 2008:

We elected this man to be the first African-American President of the United States. His name is Barack H. Obama. And, he needs your vote again!  No, he

has not achieved all of the goals he laid out before us, but, he does have an impressive record which was made more difficult by the morass the Republican president left behind when he left the Whitehouse. That president was George W. Bush, That  name cannot be used by the GOP candidates who are currently running for office…for good (or bad?) reasons!

Barack Obama said his mission was to change the way business is conducted in Washington.  While his goal was admirable, he failed to observe what I learned in Sociology 101:  The “prime directive of a society is to preserve itself.” As if the economy, lobbyists and the job crisis weren’t enough, the entire Republican Party declared war on him. Obama was not prepared for the sheer, blind obstinacy of the following politicians et als:

The President has spent vast amounts of time mopping up behind his predecessor and ending the two(2) wars he had started.  There has been no remarkable change in the way Washington does business, however. Gridlock still is the order of the day in DC. Minority Leader of the Senate, Mitch McConnell issued marching orders to Republican and Tea Part members of the Congress. We must not forget this cold and menacing declaration which should be viewed over and over:

What’s a president to do?  After a year of trying to get the Republican leaders of Congress to negotiate with him, President Obama announced that he would not let our “do-nothing Congress” stop the function of governing the country. [Congress’ approval rating is 10%, a historic low.] The President would advance his agenda by using all of the Executive Powers given to him by the Constitution. He has issued several Executive Orders which have the effect of law, but do not require the approval of the Congress…or Rush Limbaugh. or Dick Army or Karl Rove! 🙂

Have you had enough of the ugly primary season of the Republican Party?  They are trying to choose a candidate from a list of hopefuls who do not inspire them.  We are sickened to see these candidates for our highest office adopt the

campaign strategy that says “it is right to do or say anything to secure a win.”  Sadly, one candidate, Newton Leroy Gingrich, resorted to vestigial racism to inflame the passions of “evangelical Christians” in South Carolina in order to win their primary!  Democrats and even some Republicans were appalled by what we witnessed. To his credit, Ron Paul has been sorta quiet, but watch this video. None of the candidates have told the American people in the simplest of terms, what they would do as president to end the job crisis and create jobs, speed up the slow economy, solve our education deficit to produce high scoring graduates, relax regulations just enough to encourage the so-called “job creators” to come out of hiding and (1) repatriate their foreign profits and (2) create domestic jobs, resolve the controversy over the healthcare law called derisively, “Obamacare,” and end the war in Afghanistan and bring our heroic young military home. They have not explained in simple language what “cap-and-trade,” “trade deficit with China,” and China’s lowering the value of their currency means and their  implications. All we hear is “highfalutin”  political talk including the tired old political footballs Republicans use to distract the public from realizing that they couldn’t solve our problems during the eight year Bush regime and cannot convince us that they could do it should any of the candidates miraculously beat Barack Obama who Rick Santorum accuses of “thinking that he is the smartest man in the room.”  It has been my experience that smart people don’t go around telling their peers how smart they are. On the contrary, their peer recognize their acclaim and tell them so.

President Obama has seized upon a strategy which will win him re-election: “Restoration of the middle-class and ameliorate the financial inequity in our society where the top 1% of the country has 90% of our wealth.  He is working the Congress to get his jobs bill passed. The Democrats’ campaign is inspiring the public to purge the Congress of Republican incumbents who have been taking up space and not representing the people who sent them to Washington to solve our problems. President Obama will make clear to Independent and undecided voters the difference between a Democratic government and one that favors the top 1% of our society,. i.e, the rich who oppress us with job insecurity and cuts in social programs which aid the needy until they can get back on their feet. Social Security, Medicare and Medicaid are intricate parts of our national security and only be changed to increase stability and scope.  Hands off! No coupons!

Therefore when Republicans speak ill of President Obama’s record, well…they are lying to get your vote. [And you have seen on your TVs how easily Republicans can lie.]  Example, to distract the public from a lack-luster GOP Primary, the Republican have declared that the President is waging a “war on religion.” Nothing could be more untrue.  President Obama is a student of history and remembers that the Pilgrims came here from Europe to enjoy religious freedom. It is troubling that one GOP candidate keeps talking about his presidency which it seems, would be governed by his personal faith and the Catholic Church.  Yesterday on “Meet the Press,” that candidate, Rick Santorum, said that he 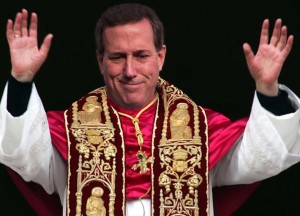 believes in “one church” for America. I WAS SHOCKED! This diverse country was created to be a land where one could practice any religion that does not harm humans or animals. Santorum has a catholic vibe which is not consistent with the freedoms and liberty we want to enjoy in America.  We didn’t want to be governed from across the ocean by England and we don’t want to be governed by The Vatican now!

Well, we have over eight months of “politicking” to go until we see whose vision for America will prevail.  Will America choose to revive the middle-class which is the

backbone of the nation…or vote Republican and continue to make our rich masters richer and richer.  The “TOP 1%” have enjoyed a 300% increase in their wealth while the overwhelming plurality of Americans saw a rate of one third. Sadly, the poor remain poor. Mitt Romney said that ‘he does not care for very poor.”  I say, to all poor people and the middle-class, our only hope to save ourselves from ruin is to RE-ELECT BARACK OBAMA! WE CAN REVIVE OUR GOLDEN AGE!