ROMNEY FLIPS ON EARMARKS
This morning, Mitt’s up with a new ad in Michigan slamming Rick Santorum for supporting earmarks. The thing is, before he ran for president, Mitt Romney was a pretty big fan of earmarks himself. In 2002, he requested “hundreds of millions of dollars in federal aid” for the Salt Lake City Olympics. He did it as governor of Massachusetts for the Big Dig project too, saying “I’d be embarrassed if I didn’t always ask for federal money whenever I got the chance.” Call him on his hypocrisy while the story’s still breaking:

Well, in case you missed it, the funeral for Whitney Elizabeth Houston is over. One of the comforting messages one took away is “Death Never Wins!”  And, yes,

RUBIO’S CONTRACEPTION PLAN
In response to President Obama’s decision that all women should have access to contraception, free of cost, Senator Rubio introduced a bill that would let any organization, religious or not, sidestep this rule, putting a woman’s access to contraception at the whim of her employer. His solution for women who still would like it? Pay for it themselves, or find somewhere else to work. Folks need to hear what the GOP’s trying to do. Pass it on:

SANTORUM’S BIG BUDGET PLANS
This week, after President Obama released his 2013 budget plan, Rick Santorum called it “preposterous, not only in overall funding but in priorities.” But a closer look at Santorum’s plan shows he’d cut taxes for the wealthy, raise taxes for some families with children, and slash Social Security and Medicare under the “Cut, Cap, and Balance” plan. Here’s the best part: Santorum’s plan won’t balance anything — it actually adds to the deficit. Preposterous, indeed. Fight back:

“LET DETROIT GO BANKRUPT”
When it comes to the auto recovery, Romney and Santorum continue to argue that a “managed” bankruptcy would’ve been better. Romney’s famously said “Let Detroit go bankrupt,” and Santorum would’ve preferred an industry “meltdown.” This week, GM posted its largest profit in its history, and last month, it reclaimed its title as the “World’s Largest Automaker.” 1.4 million jobs were saved under the auto recovery. They’re refusing to admit that the recovery’s working, and it’s time to call them on it. Show that we will:

As I awoke this Sunday morning, the carnage continues in Syria. In protest

I re-post my thoughts on the massacre there. 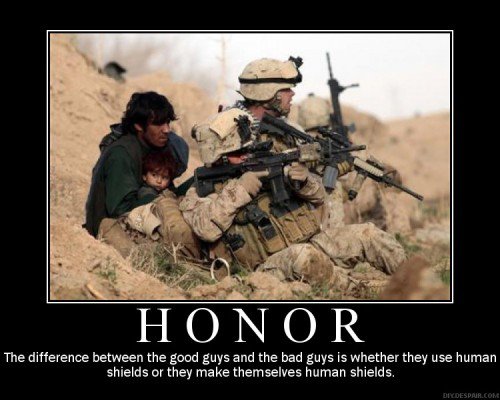 I am no Biblical scholar, but, I sense that the End of Days foretold in the New Testament is upon us .  We are told that in the days near Jesus’ Second Coming, “there will be war and rumors of war.” “Their will be signs in the heavens.” Look at your news sources and see what is going on

in the world: Fighting, unusual phenomena in the weather and other unseasonal manifestations.  I awoke this morning to learn that in Syria, President Bashar al-Assad is using activists as human shields, tying them to his tanks as he wages war on his people.  Everyday there are reports of the number of innocents killed by the armed forces of Syria.  Correspondents and journalists are prevented from entering Syria to prevent them from reporting on the truth of genocide there.

Why has the Arab League not acted?  Have they no teeth?  One man running from harm, under attack in Syria, said, “Where is America?” It is time for Saudi Arabia, Bahrain, Egypt and other countries in the world band together as NATO did to save the people of Libya.  Nations in the area have bought weapons of war from us and others. It is time to use those weapons to save the vulnerable people of Syria. Oil rich countries cannot just sit on their profits while the world goes to hell!  The United States is trying to get its house in order.  While some regard the US as the “Policemen of the World,” we are not.  We don’t have the resources to right all the wrong in the world. Witness the vote in the Security Council the other day when Russia and China vetoed action by the United Nations to help the people of Syria.  Any resolution by the General Assembly cannot help those suffering in Syria under artillery fire from their government. The Arab Spring must not die!  But, the Middle East cannot curse the West and then look to us to save them. (IMHO).  But, friends are concerned about the welfare of each other.  As we see the fighting and 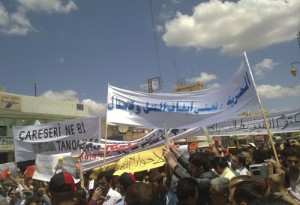 dying in Syria, we ask ourselves, “Who are our friends?”  Must we borrow money to fight a war in Syria? Perhaps the powers-that-be in the Middle East would pay the United States to police their sector of the world(?)  Whatever they do, countries of the Middle East must act to restore peace to their region. Genocide must not win!  Is fighting for liberty and democracy for all the people of the world God’s mission for the United States of America and her allies?  Must our youth shed their precious blood in the darkest theaters of war to assure global peace and freedom? Is this our cross to bear?  Is this our role in end of days? Heavenly Father, we pray that You will send Jesus soon to end our travail and take us to Glory!

Let the Fires of Liberty Burst Forth!

“In the sweat of thy face shalt thou eat bread, till thou return unto the ground; for out of it wast thou taken: for dust thou art, and unto dust shalt thou return.”

Rick Santorum once told an audience at Ave Maria College that “mainstream Protestantism has dropped out of Christianity.”  What a shocking statement to make!  Should you find yourself at one of his “pep” rallies (sic), ask Rick to explain this grand insult to those of us, Christians, who are not Roman Catholic.

BTW, the Pope just elevated 27 men to be cardinals in the RCC. I guess Rick Santorum missed the cut! 🙂

This issue is sure to be prominent in the news.

KEEPING HIS WORD ON HATE CRIMES
As a senator, Barack Obama co-sponsored hate crime legislation because he believes that “…nobody in this country who should suffer violence because of who they are, what they look like, what they believe in, what faith they worship.” As President, he kept his word, signing the Matthew Shepard & James Byrd Jr. Hate Crimes Prevention Act to strengthen protection against crimes based on race, color, religion, nationality, sexual orientation, or gender. This is a promise kept. Spread the good news:

RECOVERY ACT ANNIVERSARY
Three years ago today, President Obama signed the Recovery Act into law. Since then, more than 70,000 small businesses were able to receive loans to get started or stay on their feet. We put together a short video on the story of Bill, one business owner who has benefitted from the Recovery Act. Pass it on: