Well, “Big Oil” gets to keep their billions in subsidies and yesterday all of our US Senators kowtowed to Grover Norquist who you may not know. [Search for the name of this site.] So now the “Top 1%” of the population, a/k/a the rich, get to keep billions in tax cuts to which they are not entitled. EVERY REPUBLICAN SENATOR VOTED “NO” ON THE “BUFFETT RULE” ALONG WITH ONE 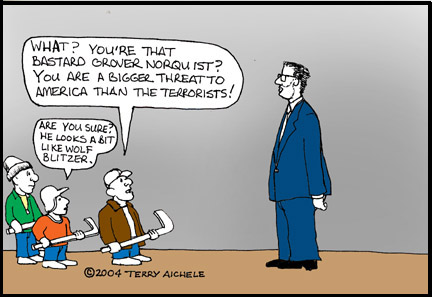 DEMOCRAT. I had begged my two Republican Senators to do the right thing, be fair and vote “Yes.” I appealed to their better nature in vain. The polls show that a majority of Americans and a majority of Republican voters wanted the Senate to pass the “Buffett Rule.” The current crop of US Senators are not doing the job we sent them to Washington to do. They refuse to do the will and the people and should not be paid. They are so entrenched that they don’t have the decency to resign for failure to respect their oath of office. WE, THE PEOPLE, MUST REMOVE CURRENT REPUBLICAN SENATORS AND THAT LONE DEMOCRAT FROM OFFICE! We have to find the ones that are incumbents and mount grassroots campaigns to vote them out of office. We want a Congress that works. Not one that promises another threat of a government shutdown in December. WE MUST NOT LET THEM RUIN ANOTHER CHRISTMAS!

The following re-post shows how much our Senators and Representatives are bought.  I don’t know if they received  CASH, but, there is a powerful influence that controls votes in the Congress, preserves gridlock and works in the dark to preserve the burgeoning profits of the rich and successful who are the special friends of Willard Mitt Romney. THEY MUST BE STOPPED!

This just in!  Karen Finney, former Communications Director of the Democratic National Committee and now political analyst for MSNBC just revealed why Republicans hold the Keystone XL Pipeline so dear and were willing to vote for an

increase in income taxes for 160 million hard-working Americans: Remember who Grover Norquist is? Regular readers of this blog will.  If you are new please use the SEARCH feature on this page and read about the man who has secured written pledges from Republicans in Congress NOT TO RAISE TAXES in their lifetimes.  Now we know that these pledges were meant for the pocketbooks of millionaires and billionaires, but, through their maneuvering, House Speaker, John Boehner and House Majority Leader Eric Cantorhave RAISED TAXES ON THE MIDDLE-CLASS! THAT MEANS YOU! Beginning January 1, Republicans have raised your taxes by $1000! Many on unemployment have had their benefits reduced. Seniors’ healthcare is in jeopardy because federal repayments to doctors who treat Medicare patients might(?) be reduced.  Well, why did Republicans were so passionate about including the clamor over the Keystone XL Pipeline in this mix?  Because they all are about money? Not exactly. According to

Karen, the Keystone XL Pipeline is a client of one, Grover Norquist, Republican lobbyist and head of Americans for Tax Reform!  So, people, the dots are all connected.  This is why John Boehner’s constituents demonstrated against him at his local office and were refused admittance.  This is why our approval rating of the Congress is at an all-time low of 11%! This is why so many Americans think our politicians are crooks!  THROW THE BUMS OUT!

We can never forget the most famous Republican crook in history: