Wallstreet and the big banks want to make money the way that made them rich.  They want the federal government to not regulate them and protect the consumer from fraud and unfair risk.  President Obama fights for the consumer and is paying a price. Mitt Romney could win with their campaign contributions. SHOW YOUR SUPPORT FOR OBAMA WITH YOUR DONATIONS. 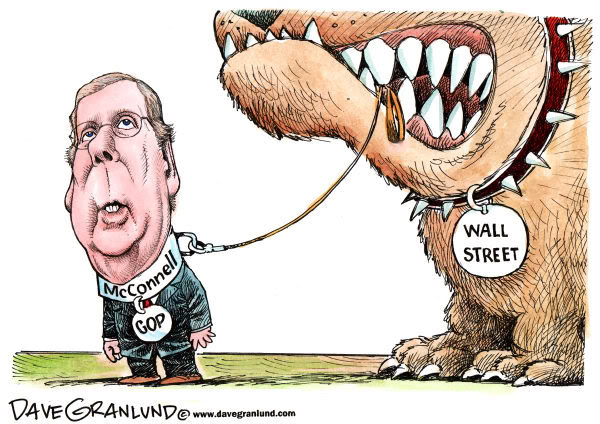 All those filibusters and party-line votes in the name of gridlock!

JOIN THE THRONG MARCHING TO TOMORROW!

Last night I listened to former Labor Secretary Robert Reich on the ” EDSHOW.” He contrasted our reluctance to cut government spending to stimulate our economy versus Europe’s austerity measures to solve their problems.  They are now going into “double-dip recession.”  The UK and Spain lead the Euro stampede into financial chaos.  Wisely Barack Obama decided to save GM and to bailout the banks, etc.  Stimulus has kept our economy going. Spending is not ipso facto a bad thing.  Republicans are still making jokes about the stimulus programs of the current administration which were necessary to combat the financial mess created by two terms of the Republican government of President George W. Bush. [I am sure “W” didn’t apologize for his policies in his latest memoir.] People, whatever you feel about the pace of our general recovery, we cannot afford even the smallest consideration of a Romney presidency which would give us potentially eight more years of George W. Bush leading,surely, to global financial collapse which has been forestalled, so far, by the precautions of the administration of Barack Obama!

On The Rachel Maddow I learned that 31 Republican senators voted against the Violence Against Women Act.  That 31 includes young Marco Rubio of Florida.  Republicans decry our saying that they are waging a “War on Women.”  They seem unable to believe that their “War” is the result of observations of various GOP policies which work to suppress the civil rights of women…women they profess to love, even!  31 GOP senators have no problem with violence against women. I don’t see why this essential law was not made permanent.  It is too serious and pervasive to be subject to re-authorizations.  Is Mitt Romney really vetting young Marco Rubio for a job that would place him a heartbeat away from being our President should be suffer a Romney victory in November? God forbid! Also, House Republicans voted to pay for the reduction in the college loan rates with money taken from Obamacare examinations for women’s cancer screenings?  Could their motive be a secret even to them?  A child can see that Republicans are screwing women.  [Oops!]