Hundreds of pro-gay marriage supporters packed Queen’s Park in Brisbane’s CBD on Saturday to urge the federal government to give gays and lesbians the right to marry.

Co-convener of pro-gay marriage group Equal Love, Jessica Payne, says the amount of people who turned up to support the rally was testament to how much support the movement had.

“If one of the world’s most powerful people (Obama) is supporting gay marriage, then it just shows how backwards Julia Gillard and the government is,” she told the rally to thunderous applause.

Obama last week announced his unequivocal support for gay marriage in the lead-up to the US presidential elections.

Gillard has reaffirmed her opposition to gay marriage in the wake of Obama’s announcement.

END_OF_DOCUMENT_TOKEN_TO_BE_REPLACED

DO YOU HAVE A PROBLEM

Whatever you do in bed,

5 Now listen, you rich people, weep and wail because of the misery that is coming on you. 2 Your wealth has rotted, and moths have eaten your clothes. 3 Your gold and silver are corroded. Their corrosion will testify against you and eat your flesh like fire. You have 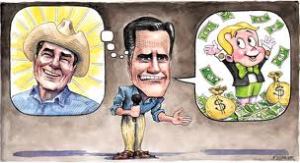 hoarded wealth in the last days. 4 Look! The wages you failed to pay the workers who mowed your fields are crying out against you. The cries of the harvesters have reached the ears of the Lord Almighty. 5 You have lived on earth in luxury and self-indulgence. You have fattened yourselves in the day of slaughter.[a] 6 You have condemned and murdered the innocent one, who was not opposing you.

Footnotes:
James 5:5 Or yourselves as in a day of feasting
JESUS IS RETURNING SOON!
END_OF_DOCUMENT_TOKEN_TO_BE_REPLACED