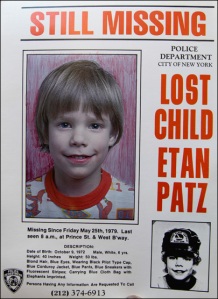 Since this cute little boy disappeared in 1979 the NYC Police have been looking for his killer. I remember how much the City was involved with this case.  CNN just released the following statement:

Pedro Hernandez, a former Manhattan store clerk who once lived in the same neighborhood as Etan Patz, was arrested in the boy’s 1979 death, New York Police Commissioner Ray Kelly says.

Kelly says police have a signed confession from Hernandez.

END_OF_DOCUMENT_TOKEN_TO_BE_REPLACED 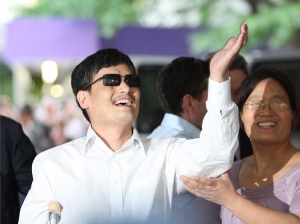 “In his first in-depth TV interview since his dramatic escape, Chinese human rights activist Chen Guangcheng tells CNN about his departure from China and his continuing concern for family and friends he left behind.

Chen’s arrival in the United States last week brought an end to a diplomatic firestorm between Beijing and Washington that erupted after he escaped from house arrest in the Shandong province.

“Let’s use the term ‘illegal detention,'” Chen said. “It’s hard for me to describe what it was like during that time. But let’s just say that my suffering was beyond imagination.”

END_OF_DOCUMENT_TOKEN_TO_BE_REPLACED 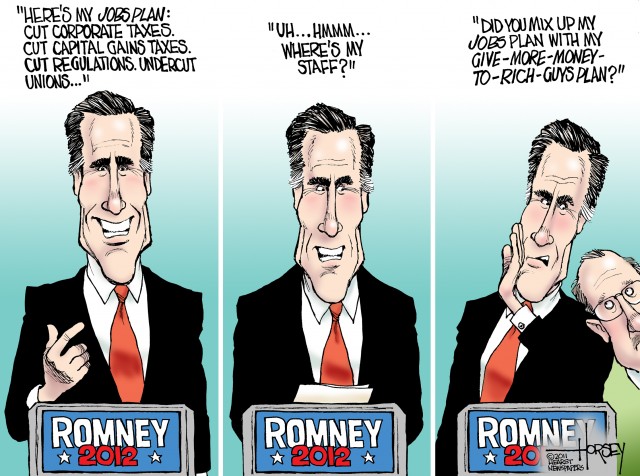 Opposition to gay marriage is sinking in the wake of President Barack Obama’s endorsement of same-sex unions, with a new Washington Post–ABC News poll showing a record low of 39 percent believe gay marriage should be illegal.

The poll found that 53 percent, also a new record high for the Post poll, believe gay marriage should be legal. Just six years ago only 36 percent thought same-sex unions should be legal.

The poll also found that 59 percent of African-Americans now support gay marriage, up from an average of 41 percent in previous polls.

“By speaking in very personal terms about his own journey, the president has helped to build a larger and stronger majority in support of full equality for committed gay and lesbian couples,” Fred Sainz, a spokesman for the Human Right Campaign, told the Post.

Of those surveyed, 71 percent said they had a friend, family member, or acquaintance who is gay.

In 2010 that number was 63 percent and in 1998 it was 59 percent. The poll, which surveyed 1,004 adults from May 17 to 20, also found that most Americans say Obama’s position on gay marriage will not play a big role in the November elections.

END_OF_DOCUMENT_TOKEN_TO_BE_REPLACED

The Daily Scoop: Romney promises 6% unemployment      1 Vote During an interview with Time magazine Mitt Romney promised to reduce the unemployment rate to 6% within his first term as president. Let the celebrations begin! But wait… there may be a catch here. According to economic forecasts the current rate of growth already projects the unemployment rate will fall to 7% by 2015 and 5.5% by 2017. So Romney may well be correct, by the end of his first term in office should he prevail unemployment would drop to the level he promised. The one point he omits is he would have little to do to keep this campaign promise except to leave Obama’s economic policies intact.  It is also interesting he is touting 6% as a significant goal for a Romney administration to aspire to given his previous statements which make it clear anything above 4% was not worth celebrating.  In a separate, yet assuredly linked campaign stump speech, Paul Ryan stated Romney and the Republicans will “save this country”.  A wonderful prediction but given the current trends, it seems the country is already well on its way to being saved.

YOUR BROTHER, YOUR SISTER…