POLITICO Breaking News
————————————————-
The health law update from the Congressional Budget Office on Tuesday found that costs would drop by $84 billion over 11 years because not all states would opt in to Medicaid expansion. About 6 million fewer people will be covered by Medicaid and the Children’s Health Insurance Program, but about half of them would end up covered in the state-based health insurance exchanges, so about 3 million more people would be uninsured.

END_OF_DOCUMENT_TOKEN_TO_BE_REPLACED

SEATTLE — Ichiro Suzuki proceeded almost cautiously toward home plate for what would be his first big league at-bat wearing anything but a Mariners uniform, uncertain what he should be expecting.

The fans rose at Safeco Field to celebrate Ichiro, wishing him well in his new home, and there was something of an exhale. Ichiro was freed to do what he does best, lacing a single up the middle in the Yankees’ 4-1 victory over the Mariners.

“I was kind of worried, getting up on that first at-bat,” Ichiro said. “But with the standing ovation, I was really relieved. It was a special day today.”

Ichiro played just a supporting role for his new club on Monday, singling in four at-bats and stealing a base. Hiroki Kuroda was the star of the game, turning in seven innings of strong one-run ball to halt New York‘s four-game losing skid.

“Going through that losing streak, we really needed this win,” Kuroda said. “With the addition of Ichiro, we got a big win today and it was really good for me and good for the team.”

Indeed, on the day that Ichiro’s iconic run in Seattle came to a close with the 10-time All-Star trying on a road gray Yankees uniform, the 38-year-old’s swap of clubhouses was clearly the story of the day.

“Ichiro is a rock star,” said Alex Rodriguez, who slugged a solo homer in the victory. “He loves the bright lights. We have plenty of those in New York. I think he’s going to love New York and New Yorkers are going to love him.” FULL POST

God man dominion over the earth. Are trapping wolves and clubbing seals our best?

It appears that the powers that be are going to allow the trapping of wolves in the State of Montana, in spite of a significant public outcry against the proposal.

However, I think that there ought to be a requirement that all applicants for a trapping permit be required to place their bare foot into a set trap and spring it.

It seems to me that our Dept. of Fish, Wildlife and Parks can come up with a better means of controlling our wolf populations.

@Morning_Joe Y is Danor Senor flipping every question @ Mitt Romney into a rant on Barack Obama. Is it because there's not much POS. to say? 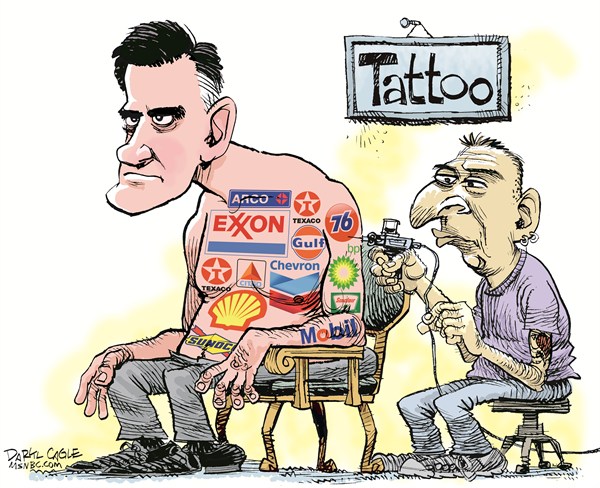