4:15 pm  NBC NEWS REPORTS THAT THE US HOUSE WILL NOT VOTE TONIGHT.  THIS MEANS THAT THE US WILL GO OVER THE FISCAL CLIFF. 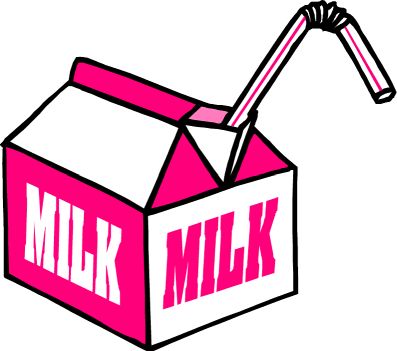 WASHINGTON (AP) — The top leaders in both parties on the House and Senate Agriculture committees have agreed to a one-year extension of the 2008 farm bill that expired in October, a move that could head off a possible doubling of milk prices next month.

Senate Agriculture Committee Chairman Debbie Stabenow, D-Mich., indicated the House could vote on the bill soon, though House leaders have not yet agreed to put the bill on the floor. In addition to the one-year extension that has the backing of the committees, the House GOP is also considering two other extension bills: a one-month extension and an even smaller bill that would merely extend dairy policy that expires Jan. 1.

Expiration of those dairy programs could mean higher prices at the grocery store within a few weeks. Agriculture Secretary Tom Vilsack said Americans face the prospect of paying $7 for a gallon of milk if the current dairy program lapsed and the government returned to a 1948 formula for calculating milk price supports.

A spokesman for House Speaker John Boehner said Sunday that Republican leaders had not decided how they would proceed on the farm extension, though a vote could come as soon as Monday. Boehner has pushed back on passage of a new five-year farm bill for months, saying there were not enough votes to bring it to the House floor after the House Agriculture Committee approved it in July. The Senate passed its version of a farm bill in June.

The prospect of higher milk prices has motivated some action. The bipartisan extension also includes disaster assistance to farmers affected by a lingering drought this year, along with extensions to other farm programs that expired in October.  FULL ARTICLE

END_OF_DOCUMENT_TOKEN_TO_BE_REPLACED

(CNN) — Secretary of State Hillary Clinton was hospitalized Sunday after doctors discovered a blood clot during a follow-up exam related to a concussion she suffered this month, her spokesman said.

She is expected to remain at New York Presbyterian Hospital for the next 48 hours so doctors can monitor her condition and treat her with anti-coagulants, said Philippe Reines, deputy assistant secretary of state.

“Her doctors will continue to assess her condition, including other issues associated with her concussion,” Reines said. “They will determine if any further action is required.”

Reines did not specify where the clot was discovered.

Clinton, 65, was suffering from a stomach virus earlier this month when she fainted due to dehydration, causing the concussion.

Clinton spent the holidays with her family last week after working from home. FULL ARTICLE

END_OF_DOCUMENT_TOKEN_TO_BE_REPLACED

NO RESOLUTION OF FISCAL CLIFF CRISIS

END_OF_DOCUMENT_TOKEN_TO_BE_REPLACED

About a week ago, the NRA gave their response regarding the massacre of 20 little children and 6 adults at Sandy Hook School, in Newtown, Connecticut. Wayne LaPierre, the organizations leader, said that we should immediately place armed security guards at all schools.

Several years ago I remember landing at the International airport at Manila in the Philippine’s. As I deplaned I noticed that there were armed guards with automatic weapons everywhere that I looked. For me, it was an awfully uneasy feeling. I was so thankful that we do not have to live like that in the US.

Where will this idea of having armed guards end? Shopping malls, playgrounds, theatres, restaurants, bars, banks and beaches? I thought we formed this nation so that we could live free and without fear.

LaPierre went on to say, “The only thing that stops a bad guy with a gun is a good guy with a…

WILL SPEAK TO THE NATION