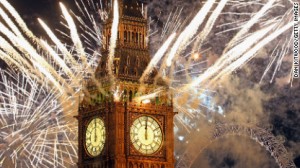 “The Egyptian president has returned to work in Cairo, although scores of protesters angered by his drive to push through a new constitution are still blocking one gate of the presidential palace.

Mohamed Morsi left the palace in the northern Cairo district of Heliopolis on Tuesday evening as tens of thousands of demonstrators surged around it, clashing briefly with police.

A presidential source said Morsi was back at work in the palace on Wednesday, even though up to 200 demonstrators had camped out near one entrance overnight.

Traffic was flowing normally in the area and riot police had been withdrawn, a witness said.

The rest of the Egyptian capital was calm, despite the political furore over Morsi’s November 22 decree handing himself wide powers and shielding his decisions from judicial oversight.

Live television footage showed that some protesters broke through police lines and got too close to the presidential palace late on Tuesday night.

Al Jazeera’s Rawya Rageh, reporting from Cairo said: “We saw thousand of people surrounding the palace on all four corners, outnumbering the police and getting close to the presidential walls.”