END_OF_DOCUMENT_TOKEN_TO_BE_REPLACED

After weeks of speculation, President Obama formally tapped former Sen. Chuck Hagel, R-Neb., to be defense secretary today, inviting a potential nominating battle from members of both sides of the aisle even as he prepares for several tough legislative fights in the coming months.

Mr. Obama, announcing his pick in the White House this afternoon, lauded the Vietnam veteran and two-term senator for his military credentials, his loyalty to the troops, and his willingness to go against the party grain. He also formally nominated John Brennan, a 25-year CIA veteran and his top counterterrorism adviser, to lead the CIA.  FULL ARTICLE

Major fiscal fights remain for the coming session and President Barack Obama has signaled his unwillingness to put Americans through another drawn-out battle over the nation’s debt limit, which Congress will vote on this term.

“While I will negotiate over many things, I will not have another debate with this Congress over whether or not they should pay the bills that they’ve already racked up through the laws that they passed,” the president said late Tuesday night after the fiscal cliff compromise.

The nation hit the debt ceiling limit on Monday.

Republicans have pushed back against raising the debt limit in past years, and this time around they’re expected to use the fiscal cliff negotiations as leverage to press Democrats to compromise on spending cuts.

“I hope Republicans will fight as hard on the debt ceiling as Barack Obama did on tax rates,” Sen. Lindsey Graham, R-S.C., said on Monday during an appearance on Fox News.

Congress will also be pushed in the coming session to address the deficit reduction and other fiscal measures the fiscal cliff deal failed to include.”

END_OF_DOCUMENT_TOKEN_TO_BE_REPLACED 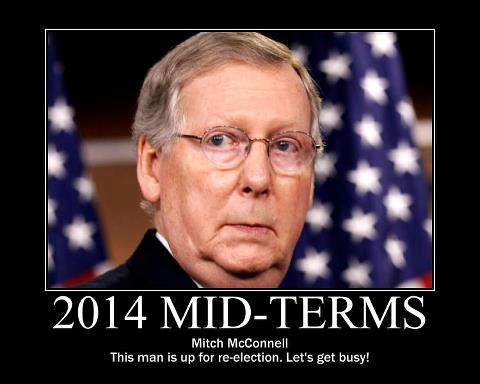 Government spending is the No. 1 problem in America, and Senate Minority Leader Mitch McConnell said he won’t rule out a government shutdown if President Barack Obama refuses to address the country’s growing fiscal woes…. [Full Story]

WASHINGTON — House Minority Leader Nancy Pelosi (D-Calif.) urged the president on Sunday to drop his resistance to the idea and simply bypass the upcoming debate over raising the debt ceiling by deeming the entire cap unconstitutional.

Appearing on CBS‘ “Face the Nation,” Pelosi offered her strongest endorsement to-date of the 14th Amendment option, which holds that Congress doesn’t have the power to use the debt ceiling as a hostage-taking device because the validity of the debt “shall not be questioned.”