The Voting Rights Act has been gutted.

I’ll leave the legal analysis to others who are far more expert than I on that matter.

My point is this: for all those who may have temporarily, let’s say, forgotten or even denied that there is any substantive difference between the Democratic and Republican parties, this decision should remind you exactly what those differences are.

The decision was 5-4. The justices who voted to declare parts of the Voting Rights Act unconstitutional were all appointed by Republican presidents, including two by George W. Bush, who took in office in 2001.

Do you think Al Gore would have appointed Justices Roberts and Alito?

Do you still think there’s no difference between Republicans and Democrats?

Look, this has not been a good couple of weeks for our government, and a lot of liberals have been rightly agonizing over just how much they support the Democratic Party.

To those people, I say this: Criticize President Obama all you like, and criticize the Democratic Party or various figures for whatever you think needs criticizing. It’s important to speak out, as speaking out can help move our party and the President in the right direction.

But don’t forget that there are real, substantive differences between the two parties. They are not the same. The Democratic Party is better than the Republican Party for our country, for our economy, for justice, for equality, and yes, for liberty. Barack Obama is better than Mitt Romney or John McCain would have been on all those counts as well.

To deny those facts is to deny reality. Furthermore, denying those facts makes it more difficult to motivate progressives to do what needs to be done to achieve the broad, progressive goals we share.

The two parties are not the same. And that matters. [Full Quote]

END_OF_DOCUMENT_TOKEN_TO_BE_REPLACED

What do you think? Sound off in a video on CNN iReport.

Washington (CNN) — A federal civil rights law that has stood for generations will be tougher to enforce after Tuesday’s ruling by the Supreme Court.

In a 5-4 vote, justices limited the historic Voting Rights Act of 1965, which Congress passed during the height of America‘s volatile civil rights movement.

The court struck down a part of the law that uses a federal formula to determine which states and counties must undergo U.S. oversight of their voting procedures to prevent voter discrimination.

The ruling will make it tougher for the Obama administration to enforce the law, at least until Congress changes it.

Describing the ruling as a “setback,” President Obama said in a statement that his “administration will continue to do everything in its power to ensure a fair and equal voting process.”

Voting discrimination, he said, still exists, and the decision “upsets decades of well-established practices that help make sure voting is fair.” And he called on Congress to “pass legislation to ensure every American has equal access to the polls.”

The ruling said it’s now up to Congress to revise the law to meet constitutional scrutiny.

“Our country has changed, and while any racial discrimination in voting is too much, Congress must ensure that the legislation it passes to remedy that problem speaks to the current conditions,” said Chief Justice John Roberts, who wrote the court’s decision for the majority.

After Tuesday’s ruling, Attorney General Eric Holder shared examples of how the law prevented “discriminatory voting changes.” Specifically, he mentioned how it blocked Texas from adopting a new congressional redistricting map that would have “discriminated against Latino voters.”

Holder also said the Voting Rights Act changed how South Carolina will implement a law requiring photo identification before being allowed to vote. Those changes, he said, protected black voters who would have been “disproportionately” affected.

END_OF_DOCUMENT_TOKEN_TO_BE_REPLACED

The Paula Deen saga continues to simmer as the celebrity chef faces ongoing backlash after admitting that she’d used the N-word. Today, Deen’s sons Jamie and Bobby spoke with CNN and offered a staunch defense of their 66-year-old mother. Watch here as they defend their mother as one of the “most compassionate, good-hearted, empathetic people that you’d ever meet.”

MORE:Less Than Accidental Racist: Why Paula Deen’s Comments Insult Her Fans Too

MORE: Viewpoint: The Food Network Should Give Paula Deen Back Her Job 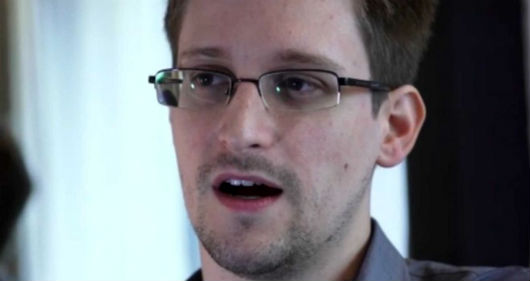 NSA leaker Edward Snowden is in the transit zone at the international airport in Moscow, Russian President Vladimir Putin says.

“He is a transit passenger in the transit zone and is still there now,” Putin said. “Mr. Snowden is a free man. The sooner he selects his final destination point, the better both for us and for himself.”

END_OF_DOCUMENT_TOKEN_TO_BE_REPLACED

Since Facebook introduced the ability to film 15-second videos on Instagram last week, the feature is already emerging as a platform where celebrities showcase the ordinary moments in their extraordinary lives, People reports.

Justin Bieber posted a clip of a downright clumsy injury: a scratch on his neck from falling down the stairs before a photoshoot – though it’s unclear whether the 552,000 users who liked it are laughing with him or laughing at him.

A (literally) glowing Paris Hilton donned cat ears and spun around in a neon-pink costume covered in florescent lights as part of Electric Daisy Carnival, an electronic music festival that took place in Las Vegas this weekend. Madonna, meanwhile, wearing only workout clothes, busted out a “booty pop up” dance move in the bathroom.

Several months ago, Campbell Price, a curator of Egyptian art at the Manchester Museum in Great Britain, noticed that a statue from the Middle Kingdom had rotated in its glass case 180 degrees, so that its backside was facing the public. He suspected a prank. “Most Egyptologists are not superstitious people,” he wrote on the museum’s blog. When the museum trained a camera on the statue, the time-lapsed footage didn’t capture pranksters on tape — instead it showed the statue rotating imperceptibly on its own throughout the day and night.

The 10-inch tall stone carving dates back to 1,800 B.C. and bears an inscription on the back calling on the Egyptian god Osiris to accept it as an offering from the dead.

Price has denied accusations of engineering a publicity stunt. “I promise that I haven’t been spinning the statuette,” he wrote to…

In a surprising announcement on Sunday, Saudi Arabia’s King Abdullah issued a royal decree shifting the nation’s weekend from Thursday and Friday to Friday and Saturday beginning this Friday, June 28.

As the Guardian reports, the world’s top oil exporter is switching its national weekend to align calendars with the other five members of the Gulf Cooperation Council. Saudi Arabia was the only member with a Thursday and Friday weekend after Oman transitioned to the regional week schedule last month. The decision follows a recommendation in April from the King’s advising Shura Council.

The move is a possible step toward the largest Arab economy opening its $400 billion stock market to foreign investors, as Bloomberg notes, and will be embraced by the business community. With only four days’ notice, the announcement seems a bit rushed, however.

(MORE: Qatar’s Leadership Shake-Up: Powerful Emir to Step Down for…

A deeply divided Supreme Court has limited use of a key provision in the landmark Voting Rights Act of 1965, in effect invalidating a key enforcement provision that applies to all or parts of 15 states with past history of voter discrimination.

The case involved a section of the law giving federal authorities open-ended oversight of states and localities with a history of voter discrimination. Any changes in voting laws and procedures in the covered areas — which include all or parts of 15 states — had to be “pre-cleared” with Washington.

The court will not issue any other rulings today, but will issue rulings on Wednesday. Still pending are rulings on two key cases involving same-sex marriage.

Houston chef Chris Shepherd says he had never been to In-N-Out before the California-based fast food chain sent a cease-and-desist letter to his Underbelly eatery on June 18 demanding that the the local restaurant stop serving a burger called the UB Double Double, reminiscent of an item that is also featured on In-N-Out’s menu.

Since In-N-Out has trademarked the “double-double” name, Shepherd quickly complied, but not without poking fun at the incident. To commemorate the event, he renamed his offering the Cease and Desist Burger. By all accounts, the offending burger boasts two patties accompanied by two slices of cheese, lettuce, tomatoes and pickles. Perhaps the only difference between In-N-Out’s version, aside from the sauce? Underbelly’s meat is butchered on-site at the restaurant and the vegetables are locally grown.

According to Julai Whipple, the restaurant’s…