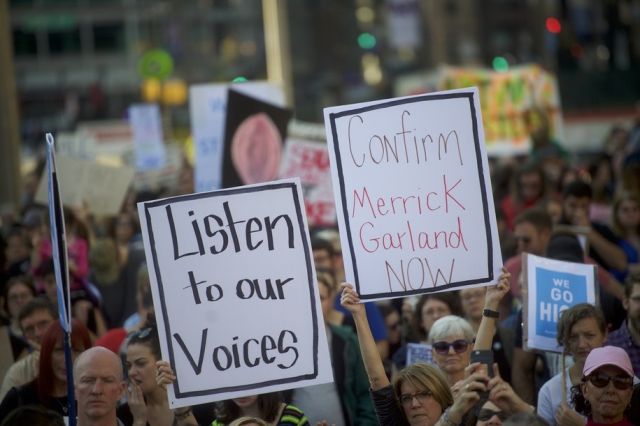 “Senate Republicans refused to give President Obama’s pick to replace Supreme Court Justice Scalia even the courtesy of a hearing. It was disrespectful, and historically unprecedented.

But there is still something we can do to get Merrick Garland confirmed before Obama leaves office.

At 12:00 noon on January 3, 2017 (according to the Constitution), the terms of 34 U.S. Senators will expire. At that point, the Senate will briefly consist of 66 sitting senators—until Vice President Joe Biden, in his capacity as Senate president, begins swearing in the senators-elect.

Before Biden begins the proceedings, he will preside over a Senate that consists of 34 Democrats, 2 independents & 30 Republicans—as the remaining Senators are not sworn in yet.

At this point, Democrats could ask to finish Senate business as it pertains to President Obama’s nomination of Judge Garland.”