“The hurricane-wracked island was denied billions in extra Medicaid funds. Now Republicans and Democrats are sniping over who’s to blame.” MORE

“A government report predicting it will cost $1.2 trillion to upgrade the U.S. nuclear arsenal is raising alarms that the Pentagon severely underestimated what it will take to replace its current weapons — and sparked calls Tuesday for the Trump administration to reevaluate a modernization plan first proposed by former President Barack Obama.

The nonpartisan Congressional Budget Office estimated it will cost at least $1.2 trillion between 2017 and 2046 to introduce the mix of nuclear-armed submarines, bombers and missiles that are now under construction. That’s a higher price tag than some previous estimates had offered.” MORE 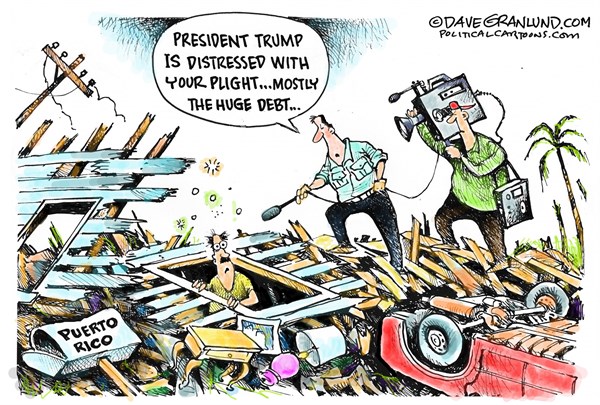 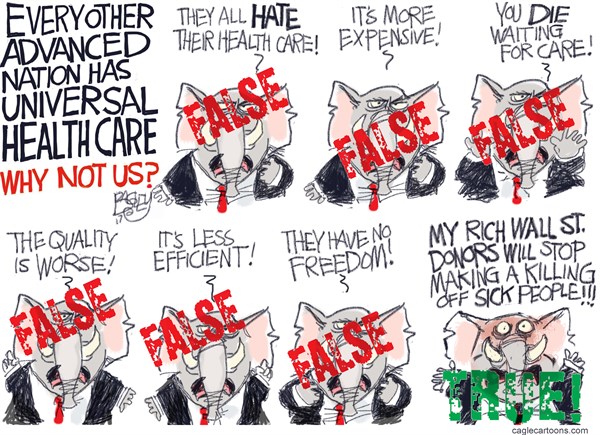 “SAN FRANCISCO (Reuters) – Facebook Inc said on Wednesday it had found that an operation likely based in Russia spent $100,000 on thousands of U.S. ads promoting divisive social and political messages in a two-year-period through May.

“One of the proposals being floated by the Trump White House on tax reform is to tax the retirement plan contributions of workers upfront to pay for tax cuts for the wealthy and corporations.”  MORE

“While corporate CEOs flee the taint of association with a neo-Nazi sympathizer in the White House, the obviously unconvinced commander in chief is sending 4,000 more troops to Afghanistan without a visible goal or plausible timetable.

The president, his family and associates are under criminal investigation for colluding with a foreign power and obstructing justice, while the U.S. government and its allies wage five wars (Iraq, Syria, Afghanistan, Somalia, and Yemen) against forces that pose about the same threat to Americans as domestic terrorists.

The ability of the president and the Republican Party to keep the government from defaulting, much less passing significant legislation, is openly doubted in Washington while Trump’s intention to renege on the 2015 nuclear non-proliferation deal with Iran in October is sure to outlive the departure of Steve Bannon.

“Someone is posting ads on Craigslist advertising for minority actors to come to Donald Trump’s rally in Phoenix, AZ and cheer for the unpopular president.”  MORE

“We know that our high healthcare costs are due mainly to high admin­istrative costs and to the overconsumption of medical care. If these two costs could be minimized, our healthcare costs would be cut almost in half. In sum, each year we waste close to $1.5 trillion in resources because of our grossly inefficient healthcare system.” MORE