VIDEO NOT PART OF THIS ARTICLE

John Boehner has had enough.

In his strongest rebuke yet, the Republican House leader on Thursday blasted tea party-aligned conservative groups for repeatedly pulling GOP

lawmakers into unwinnable situations that have only damaged the party brand. The groups’ criticism of a bipartisan budget deal before it was even released was a step too far for Boehner.

“I think they’ve lost all credibility,” Boehner said at his weekly briefing on Capitol Hill. “They pushed us into the fight to defund Obamacare and shut down the government…And the day before the government reopened, one of these groups said, ‘Well, we never thought it would work.’”

“Are you kidding me?” he shouted.

END_OF_DOCUMENT_TOKEN_TO_BE_REPLACED 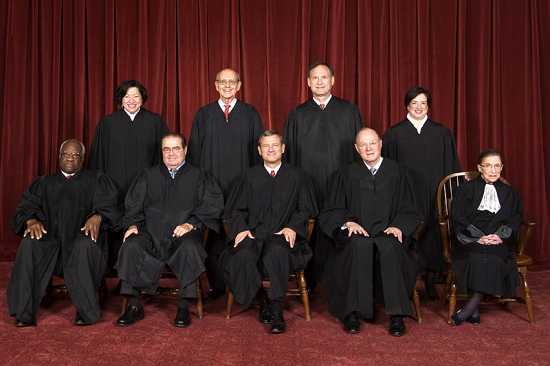 END_OF_DOCUMENT_TOKEN_TO_BE_REPLACED

“I don’t have an update for you on that. I know that he will and has said that he will,” Carney told reporters.

Asked when the registration will happen and whether the White House will make it open to the press, Carney responded:  “I’ll get back to you.”

Soon after the ACA passed, the White House had told USA Today that Obama would sign up for insurance through an exchange, and when POLITICO followed up earlier this year, a reporter was directed back to those comments.

Carney’s comments Monday were the first recent confirmation of the president’s plans. He has the option of choosing to work through the District of Columbia or his home state of Illinois.

END_OF_DOCUMENT_TOKEN_TO_BE_REPLACED

During an appearance at The Heritage Foundation in Washington, D.C, a key center of power for the conservative movement, North Carolina Gov. Pat McCrory portrayed himself as a business-minded policy wonk, earnestly extolling the benefits of infrastructure development and government-efficiency measures. He might as well have been describing someone else.

For the last year, McCrory has engineered a hard-right shift in North Carolina that has crippled millions in his state. His 2012 election gave Republicans control of all three branches of the state’s government for the first time since Reconstruction and they took advantage of it. In 2013 alone, North Carolina has said no to expanding Medicaid under Obamacare, approved a tax plan that redistributes wealth from poor to rich, cut education by half a billion dollars, instituted perhaps the toughest voting restrictions in the country, weakened campaign-finance laws, and passed its own version of Texas’ controversial abortion measure.

Even after the extremely flawed rollout of HealthCare.gov, a majority of Americans still seem to have an open mind about whether Obamacare will eventually work, and more than half the public says the current problems the system faces can eventually be solved, according to a new national survey.

The CNN/ORC International poll also indicates that nearly six in 10 Americans oppose the national health care law, but some give the Affordable Care Act a thumbs down because it isn’t liberal enough. Forty-one percent say they are against the law because they think it’s too liberal, and 14% say the measure doesn’t go far enough. That means that 54% either support Obamacare or say it’s not liberal enough.

Follow complete coverage of the poll on CNN TV, CNN.com and CNN Mobile.

Rather than signing up for health insurance by Dec. 15, as previously required, these users will have until Dec. 23 to choose their plans.

The policies will still begin on Jan. 1 of next year, said the Department of Health and Human Services (HHS).

Having watched their party descend into chaos over the government shutdown, Republicans aren’t likely to let the fiscal negotiations upstage Obamacare’s problems again. And that could be good news for the Congressional leaders who are struggling to put together a budget agreement by mid-December.

Republicans have seen a huge reversal in political fortune since the government reopened and Obamacare’s problems have taken center stage. “It would argue against not having another shutdown: have Democrats keep shooting themselves in the foot and the president keep giving disastrous press conferences,” says Tevi Troy, a senior fellow at the Hudson Institute and a former Bush health official.

END_OF_DOCUMENT_TOKEN_TO_BE_REPLACED

“Leader Pelosi will be interviewed live by David Gregory of NBC’s Meet the Press on Sunday, November 17th from the NBC News’ Washington Bureau.  The interview will air at the top of the 10:30 a.m. ET hour on NBC Channel 4 in Washington.  Please check your local listings for exact times and station details in your area.”

MSNBC
Chris Hayes: Get it together
With more attacks on the Affordable Care Act every day, Chris Hayes explains why there is no turning back for Democrats and progressives.