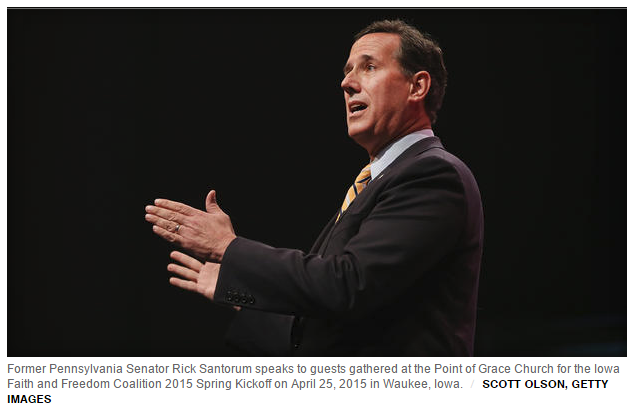 Have you noticed how in our country, and elsewhere, some men get rich, achieve success and, then, they want power. Power over the “little people.” [Success is Mitt Romney‘s platform. Newt Gingrich thinks he is the rightful arbiter of right and wrong and based on that should win! Santorum, not rich, yearns for power, too.] Why do rich people want to control our lives, make the poor accede to their agenda and let them define for us, right from wrong? Rick Santorum, would impose his personal, religious agenda on us and that of his Roman Catholic Church

Romney is only concerned for those who have achieved success. These candidates are the minions of the elite TOP 1% of the American population. One of the true statements in The Bible is, “Money is the root of all evil.” Mitt Romney, do y’all believe that in the Mormon Church? I recall that you are/were a high official in your religion. Newt Gingrich and Rick Santorum, how about your Roman Catholic Church? Newt Gingrich, as president, would put us in jeopardy of being controlled by the infamous “leader whose name we dare not speak.”  Each of us must have a personal relationship with God which keeps us in sync with His plan for us.

Lord, send us another Abraham Lincoln or a Franklin Delano Roosevelt or a Martin Luther King! America has become a dismal place. Those who seek public office don’t fear punishment for lying to us. The make passionate statements one day and “walk them back” the next day. All without blinking their eyes!  They admit that meet in “quiet rooms” to discuss and plan our fate.They meet in their convention and spend a lot of time making a platform: A list of all the policies their political party stands for…until the next convention. Sadly, there is no one to police these platforms and make sure they are enacted in governance…if they win the election. What do the political parties do in the non-election years? Just plan for the next election? Why aren’t they actively growing their party down to the grassroot’s level?

Republicans are not happy with their choice of candidates for president.  These men have the kind of baggage which says that these men are less than ideal for President of the United States.  But, GOP Voters they must “hold their nose(s)” and chose a nominee.

Way before he started the campaign, President Obama promised us he would be our “Warrior for the middle-class.” He would restore us who seen the TOP 1% bring home a paycheck grown by 300% and ours by approximately one-third of that.

Obama: “I’m a warrior for the middle class”

Responding to claims his “Buffett rule” is class warfare, President Obama on Thursday said asking a billionaire to pay same tax rate as a teacher makes him “warrior for the middle class.”

After showing the American public just how out of touch and ugly their motivations, values and goals are, we, the public have not connected to their campaigns. Mitt Romney said, “I don’t care about the very poor,” and Rick, there’s no taking that back. Must I “go to the video tape? Newt, has championed and employed the residuum of racial hatred of days gone by in the South. Rick Santorum, unlike our great President, John F. Kennedy, has not said that as a catholic president, he would not be influenced or guided by the Catholic church. Some republican voters wish there were more time for others to throw their hat in the ring.  So, what have the GOP decided to do?  They now are concerned about the middle-class and the poor.  Their words are hollow. There is no passion. They have chosen the wrong path, because, “we have seen them without their clothes off!”

Here I would say God bless them, but…

Someone close to CPAC said Monday that New Jersey Gov. Chris Christie wasn’t asked to attend by organizers of the event, which will take place in mid-March at a resort outside Washington. Officially, CPAC says they’re finalizing this year’s schedule.

Other Republicans who are thought to be considering presidential bids and are on the CPAC speaking list include Texas Gov. Rick Perry, who was announced as a speaker earlier Monday.

END_OF_DOCUMENT_TOKEN_TO_BE_REPLACED

(CNN) – Sen. Rand Paul of Kentucky won the presidential straw poll at the Conservative Political Action Conference on Saturday. Paul won with 25% of the vote and finished slightly ahead of Sen. Marco Rubio of Florida. In third place was former senator and presidential candidate Rick Santorum of Pennsylvania.

Nearly 3,000 votes were cast by attendees at the three-day conference held at a hotel just outside of Washington. The straw poll is considered one way to gauge where the conservative base stands on potential Republican nominees. The ballot included 23 Republicans with a national political profile as well as spots for write-ins and “undecided.”  FULL  ARTICLE

END_OF_DOCUMENT_TOKEN_TO_BE_REPLACED

It was a session that was meant to help Republicans transcend their small-tent reputation. Then a white supremacist started talking segregation and everything went into a tailspin. The Daily Beast’s Caitlin Dickson reports. Plus, Michael Moynihan on the libertarian and conservative war at CPAC,Ben Jacobs interviews Rick Santorum, andmore dispatches from CPAC